founding a neighborhood republic, built on the need and aspirations of its citizens, is mare’s first public involvement project in Milan’s Zona 7. This project’s main goal is to encourage the citizen’s self-determination and to catalyze the area’s latent resources of intelligence and enthusiasm.

Building an important structure such as a neighborhood republic takes a great deal of listening and exchanging: it is the attempt to self-determine a working-class area of Milan

The first step entrusted Cohabitation Strategies and Landscape Choreography with a research aimed at unveiling the issues and unspoken potentials of the area. Since the very first public meetings, the need for an artistic project was clear, because of its catalyst properties considered essential to start a dialogue around the present and future of the Zona 7 and its ability to awaken the latent resources of intelligence, knowledge and enthusiasm.

First and foremost, we thought of organizing a series of debates, assemblies and public actions meant to establish a network of relations in this vast area.

This is what brought to the provocative conception of a neighborhood Repubblica, a new way of imagining the area based on the needs and aspirations of its inhabitants. The idea of a Repubblica stems from the necessity to create a instrument able to connect the different cultural and social initiatives all throughout the territory, in order to investigate the real wants and needs.

A long and progressive project which requires a constant and open dialogue with the citizenship about the reuse of public space, about alternative education programs and new small-scale economies.

During the Festa di Quarto Cagnino, the paradee was opened by a huge flag realized with the tablecloths donated by the citizens of the area and decorated with symbols inspired by the stories of the people involved in the project.

the parade’s itinerary started in an area symbolically chosen for its lack of meeting points, the ex-youth center of Via Benjamin Constant. It then walked through the old historic centre of via Fratelli Zoia to reach the Parco del Fanciullo, only a few steps away from the ex-scuola Manara, reception centre for Syrian refugees heading towards Europe and home to the workshop that prepared the parade. This workshop was realized by Balletto Civile together with the young people and artists of the district. This action was a clear gesture of urban re-appropriation, the celebration of a community affirming its existence and its freedom of expression.

Once in the Parco del Fanciullo, the flag was converted into an enormous picnic tablecloth and was then hoisted up onto the Repubblica’s pavilion. Built by Constructlab, this versatile space hosted various events organized by the district’s associations.

These first steps have produced a program of long-term actions that are at the very consolidated core of mare’s mission: City on the Move. 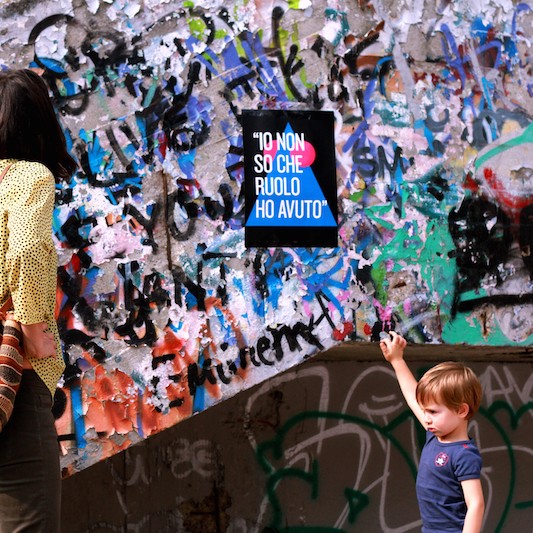 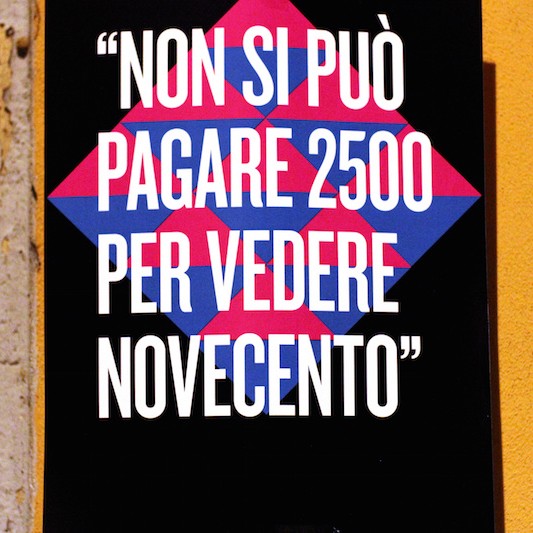 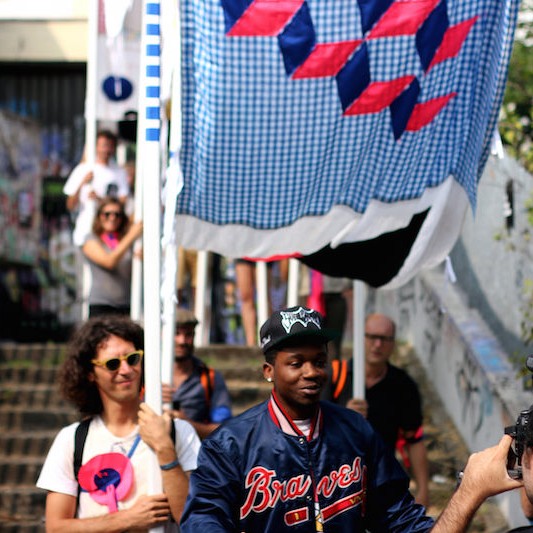 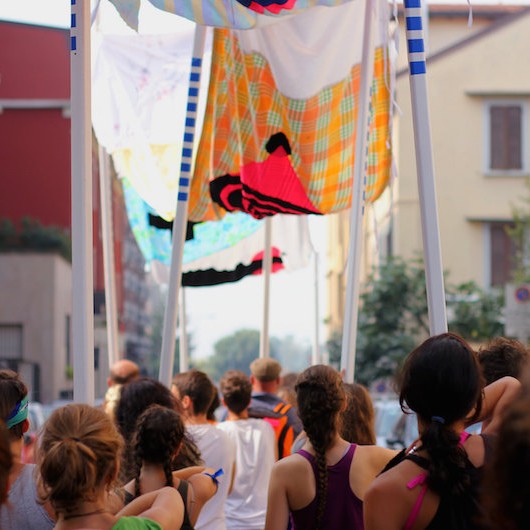 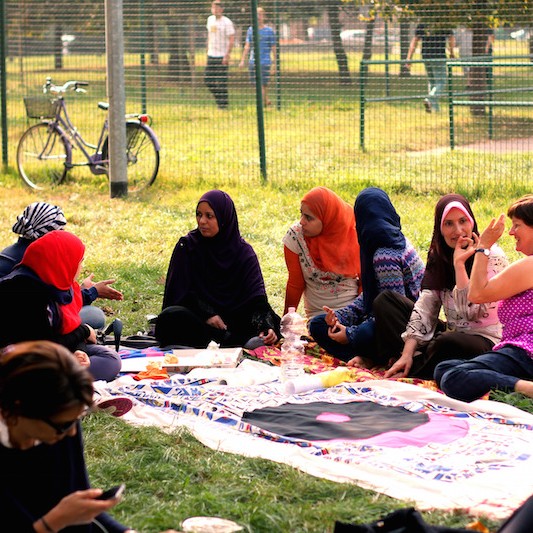 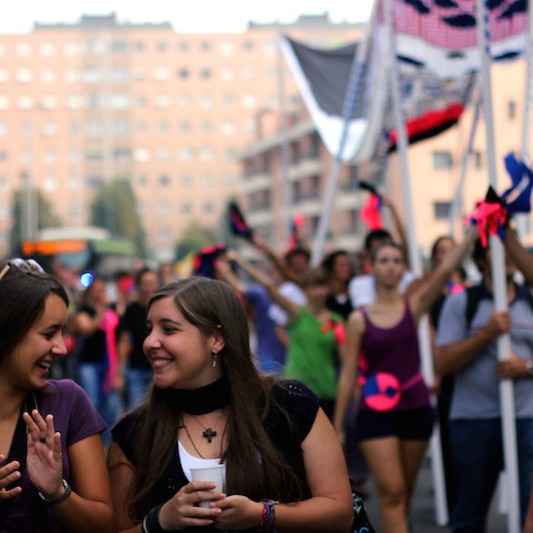 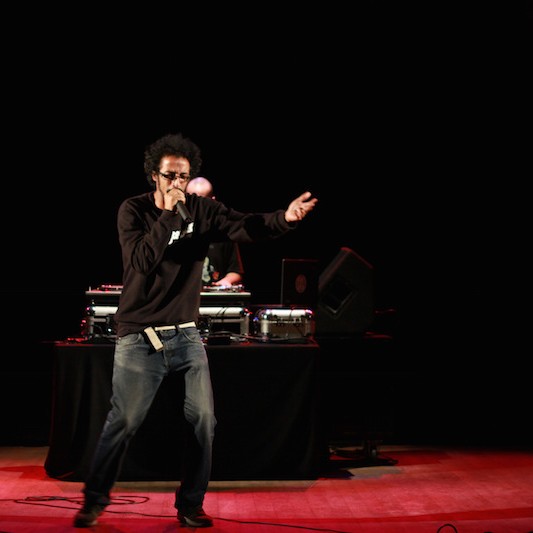 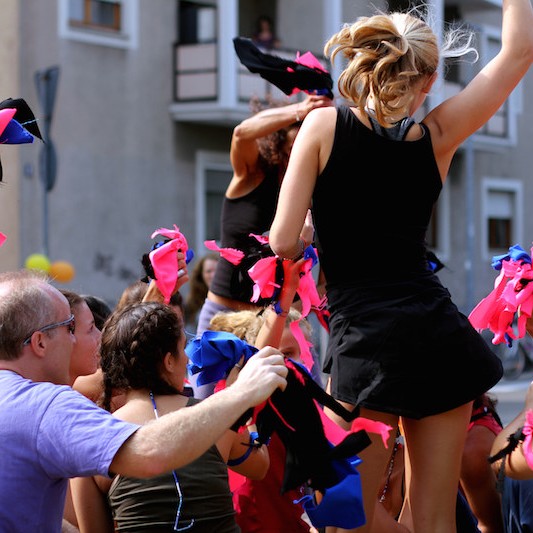 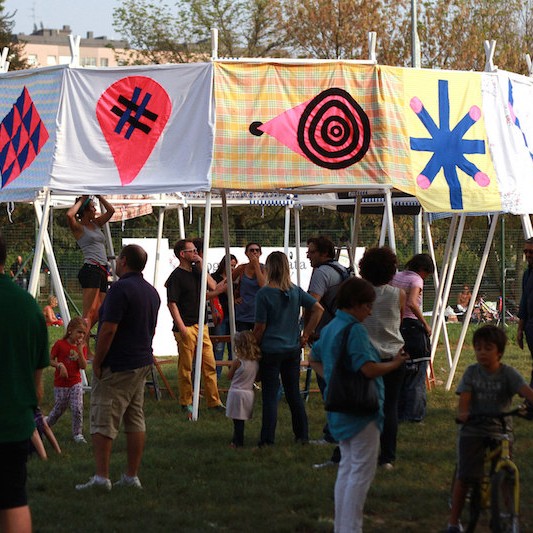 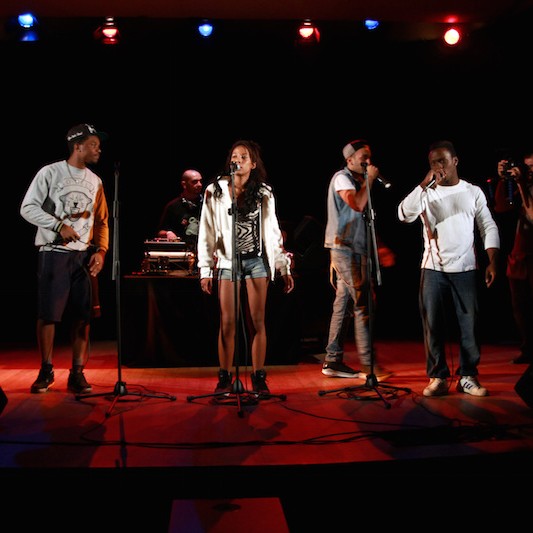 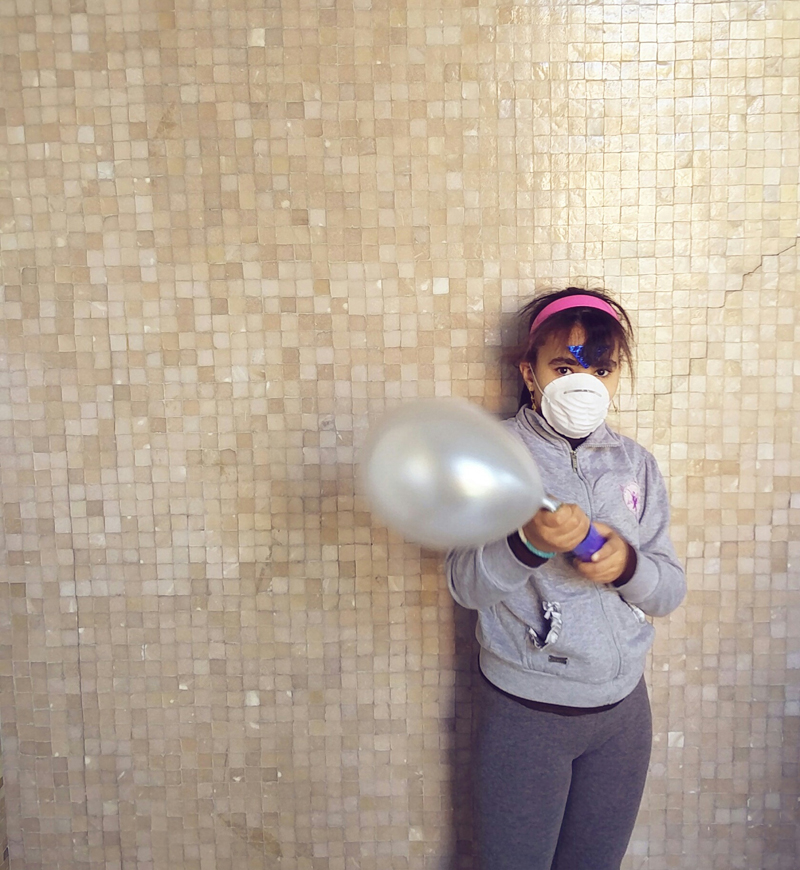 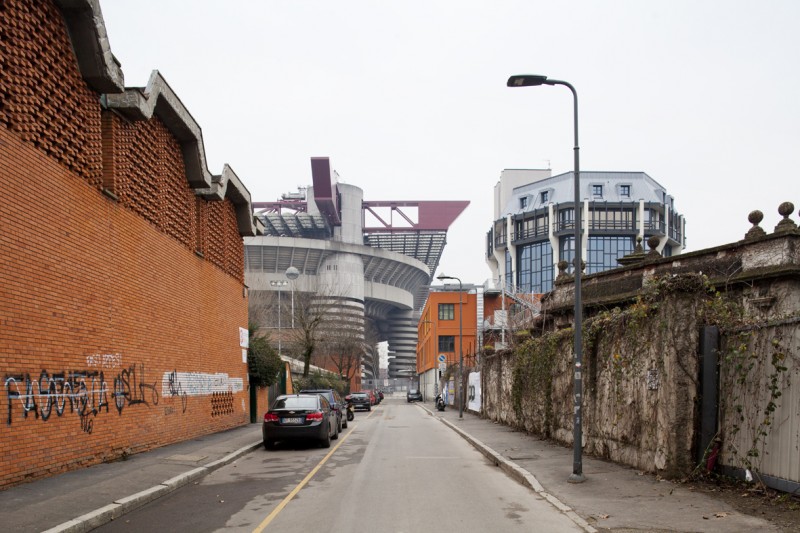 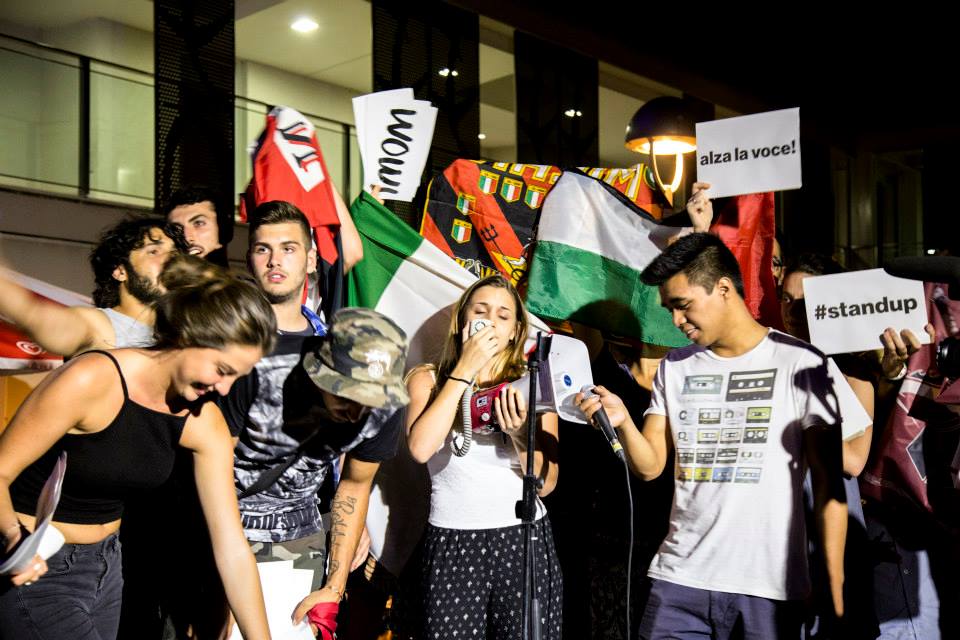 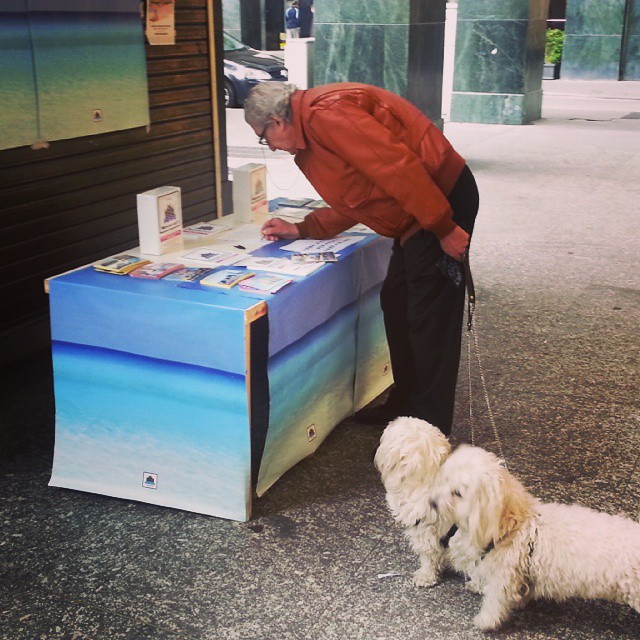